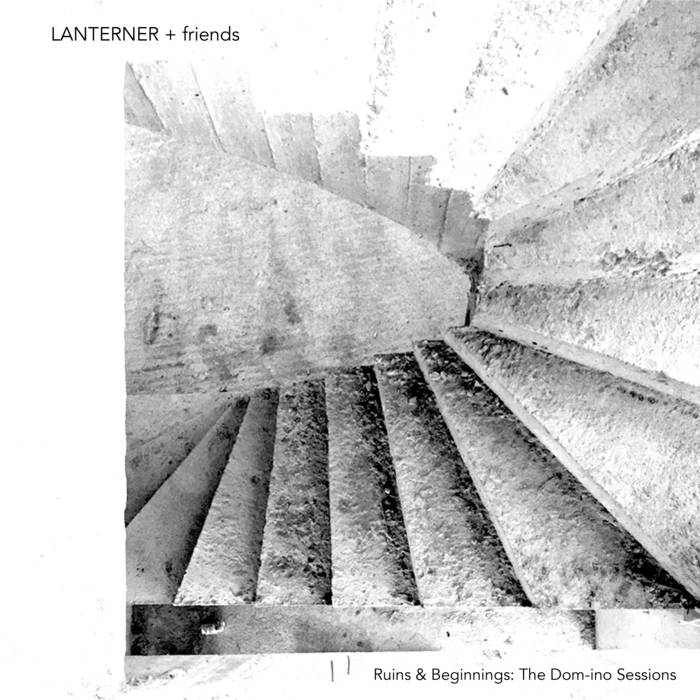 During Tuned City - Messene (2018), architects Christian Espinoza and René Rissland established an experimental structure based on Le Corbusier’s Dom-ino House as part of their research during the festival. The structure is comprised of the concrete framing of an unfinished house. Espinoza and Rissland generously invited people to use it as they imagined. Lanterner proposed a series of live improvisations with the other artists who have participated here.

For the audience, the performances were auditioned via Florian Tuercke’s wireless headphone system. In this recording we included the sounds of the space as well as the acoustic events and the surrounding noises, largely crickets and the dogs of Mavrommati, as they contributed to the overall feeling of the night.

Note: The noid set was actually around 15-20 minutes duration but in the heat of the moment, Steve forgot to hit ‘Record’ and missed the whole first section. We liked the remainder though, so we included it here. Thanks noid. Sorry noid.

Thanks:
To our friends for playing with us, Carsten Stabenow, Tuned City, Manolis Manousakis, the Onassis Cultural Centre crew, Eric Mattson, and the fine people of Mavrommati.

Improvised performances recorded over one afternoon and evening in the village of Mavrommati, Greece, overlooking the ruins of Ancient Messene. May 31, 2018. Recorded and mixed by Steve Bates

the dim coast is a space dedicated to experiments and actions with/in sound. It borrows its name from a line in Dante’s Inferno and relies on a loose collection of individuals, who may also come together on collaborative projects, for its content. We will occasionally release music on CD, vinyl, download, or other formats depending on our desires. We will organize events as we see fit. ... more

Bandcamp Daily  your guide to the world of Bandcamp

New sounds from Mavi, Ivy Sole & Moderator, plus AJ, the One joins the show, for her latest release